Evolving the story of a national icon

The BBC's public service mission is growing in importance in a fast-changing world. In an era of false information, fake news and social media echo chambers, it's arguably needed now more than ever. 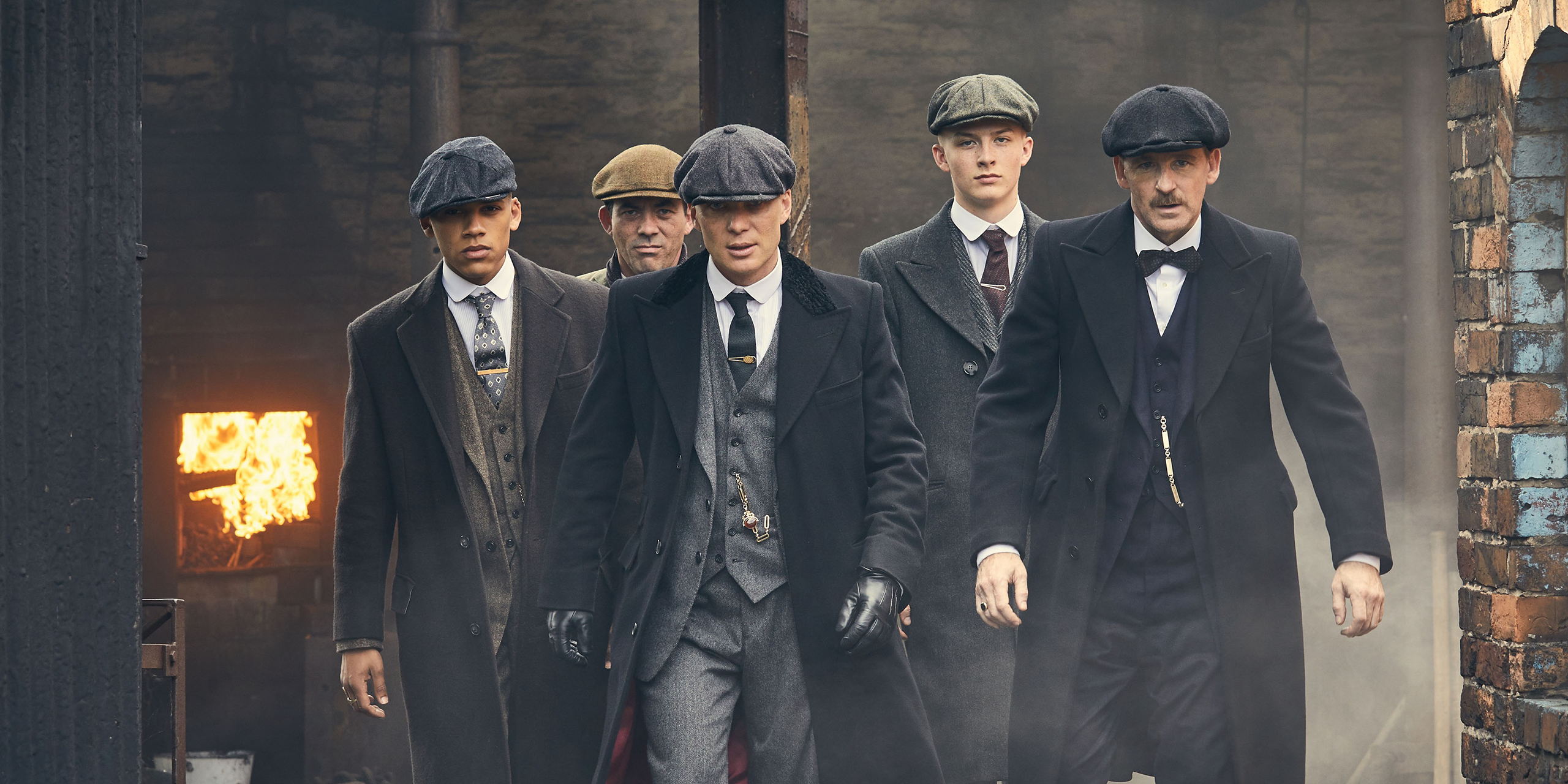 The BBC's annual report is critical to the relationship between their regulator and the licence fee payer. Operating in a more global and competitive market, the corporation has seen significant challenges from competitors, coupled with ongoing financial challenges.

After a change of reporting structure, maintaining trust and confidence was vital. Other developments had taken place too, with BBC Worldwide and BBC Studios merging to form a single content-producing powerhouse.

We needed to find an adaptable design solution that not only celebrated the BBC's creative output, but also seamlessly assimilated new sections into an extended report. All of this over 270 pages of around 123,000 words, both in English and Welsh. 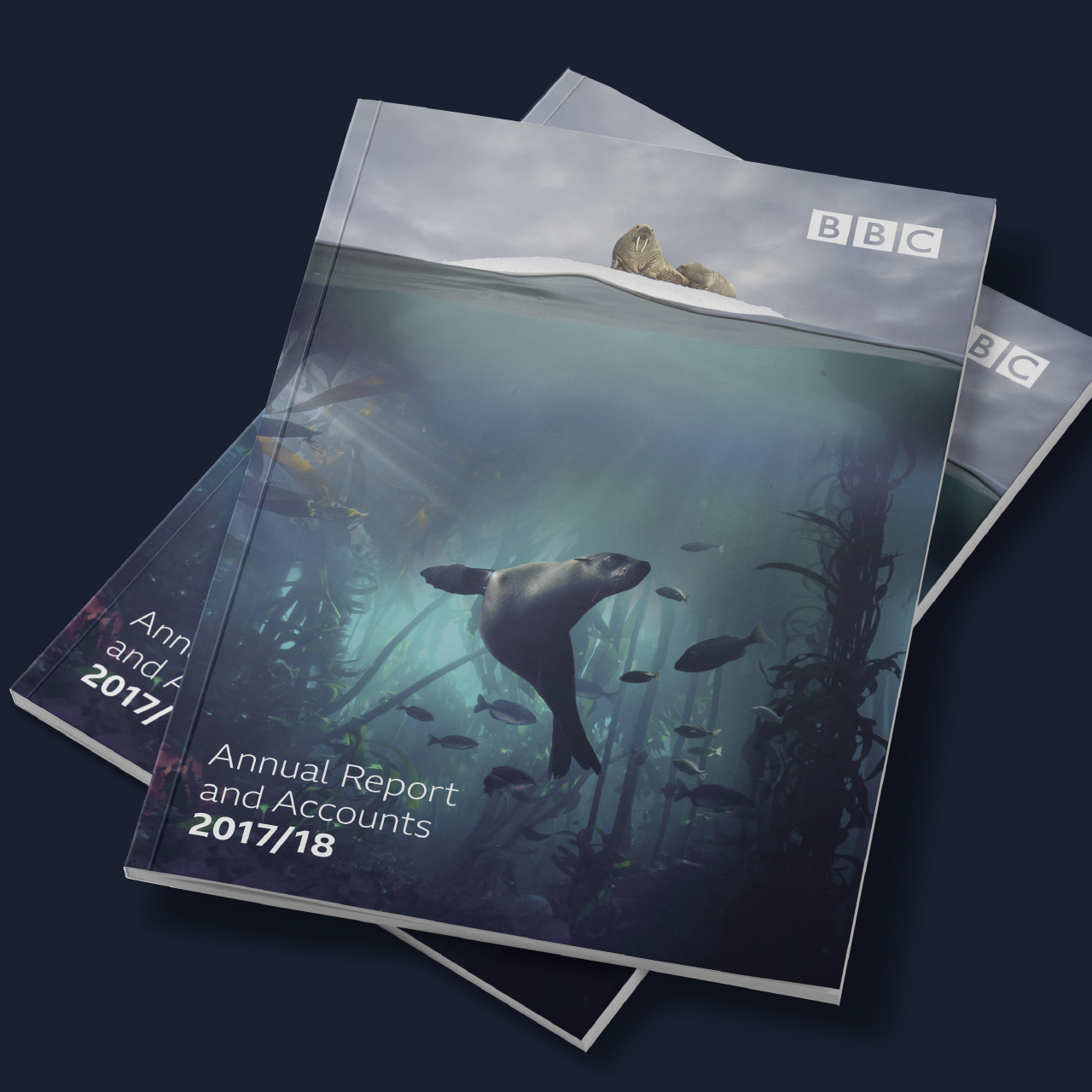 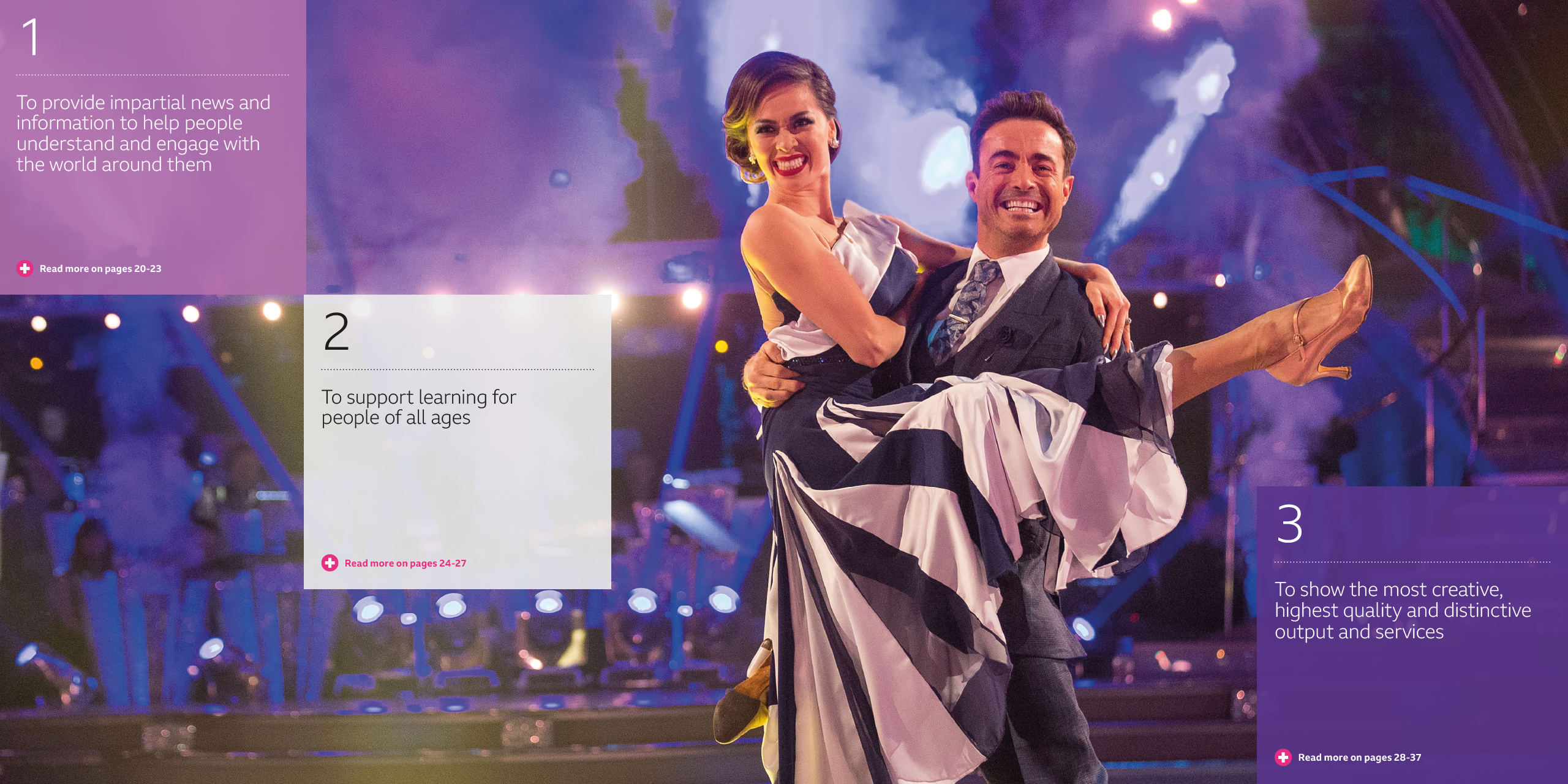 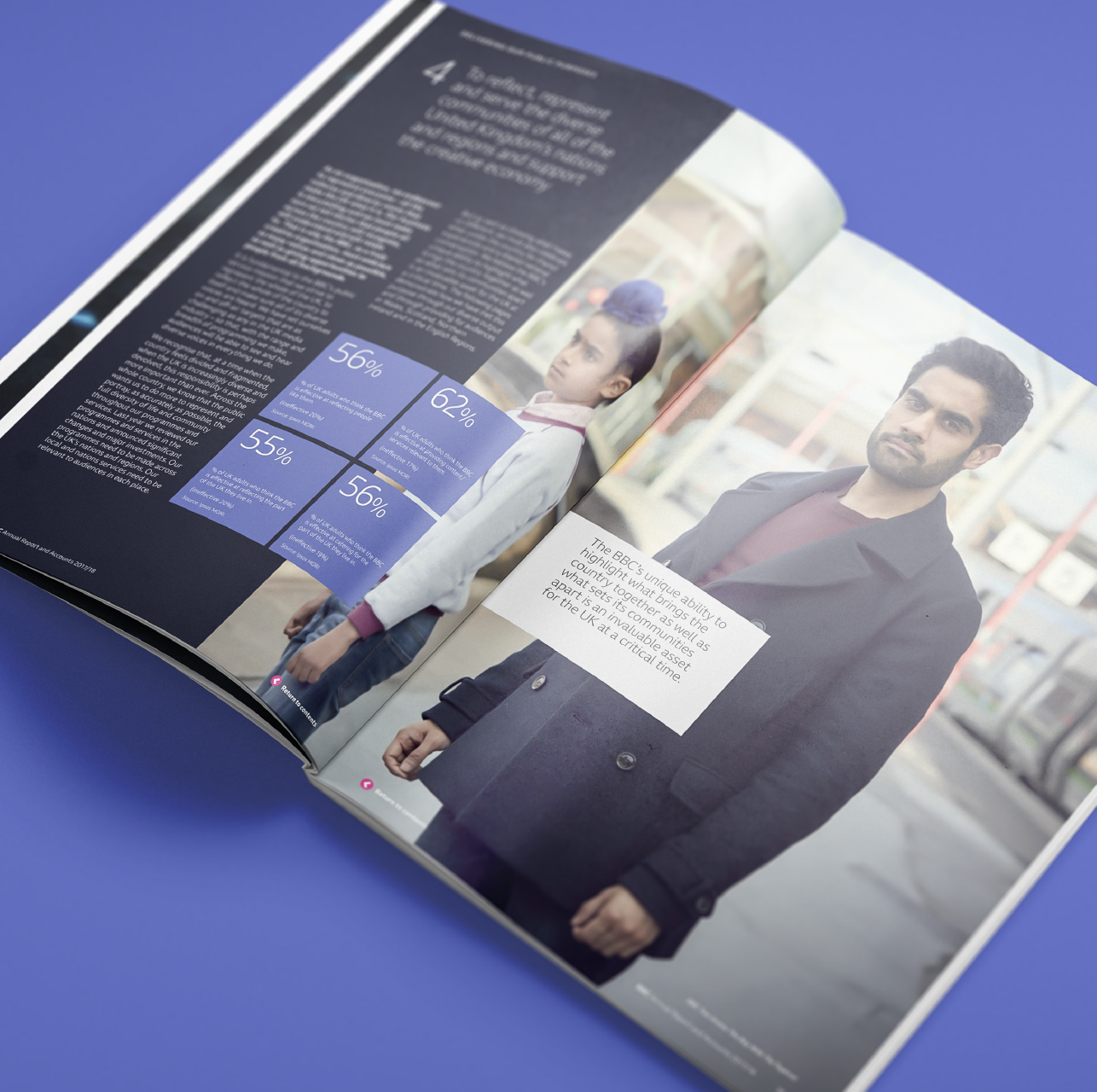 We worked closely with the BBC team early in the process to find a narrative and structure that would clearly communicate the new remit. This not only enabled us to build on the work we started last year, but also helped us introduce over 100 pages of new content.

Weekly meetings, transparency, honesty and collaboration were essential for both parties to work seamlessly together. We've won the BBC team's trust over the past few years, which is incalculable in a fast-moving, high-stakes environment.

As the BBC team were working on multiple chapters simultaneously, we needed to be very agile – often working at short notice to ensure the final output to BBC stakeholders was of the highest standard. 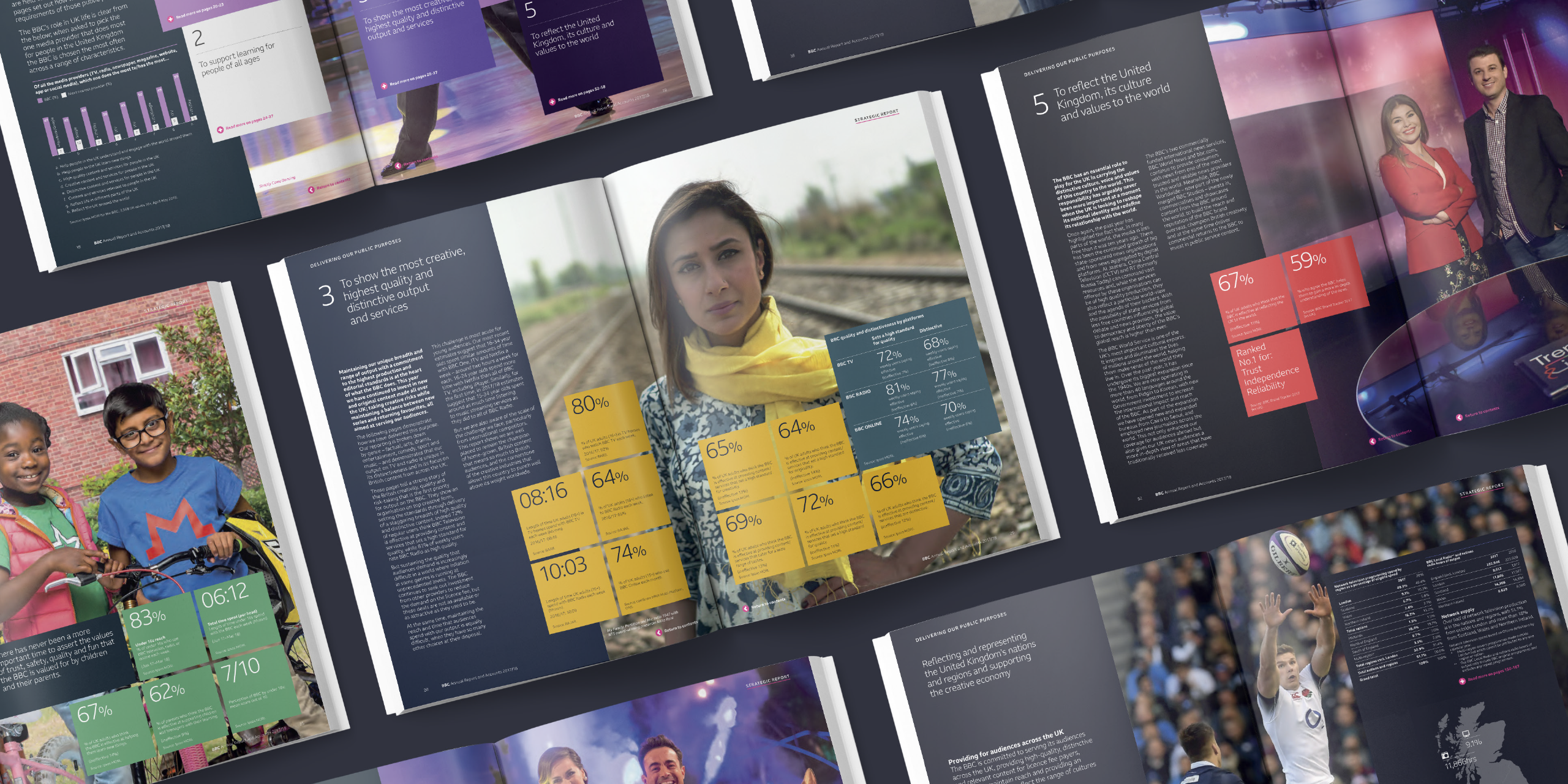 The reports were delivered in all four home nations and before Parliament ahead of schedule. By working together, Emperor and the BBC were able to celebrate the strength and relevance of BBC services in a competitive environment.

Tony Hall, the BBC's Director-General, said: “...what this report has proved once again is that, while we can’t always compete on budgets, we can still win the awards, and we still bring the country together and represent its voices like no one else.”

Emperor continues to be a trusted partner of the BBC. As well as the annual report, we now have completed their equality report and gender pay gap report, plus an animation to announce the BBC Studios merger.