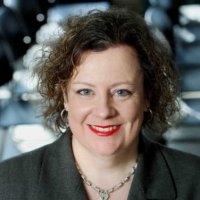 In the first of a series of articles on Emperor’s work, Helen Dunne, editor at CorpComms Magazine, reviews our new website for Cairn Energy. 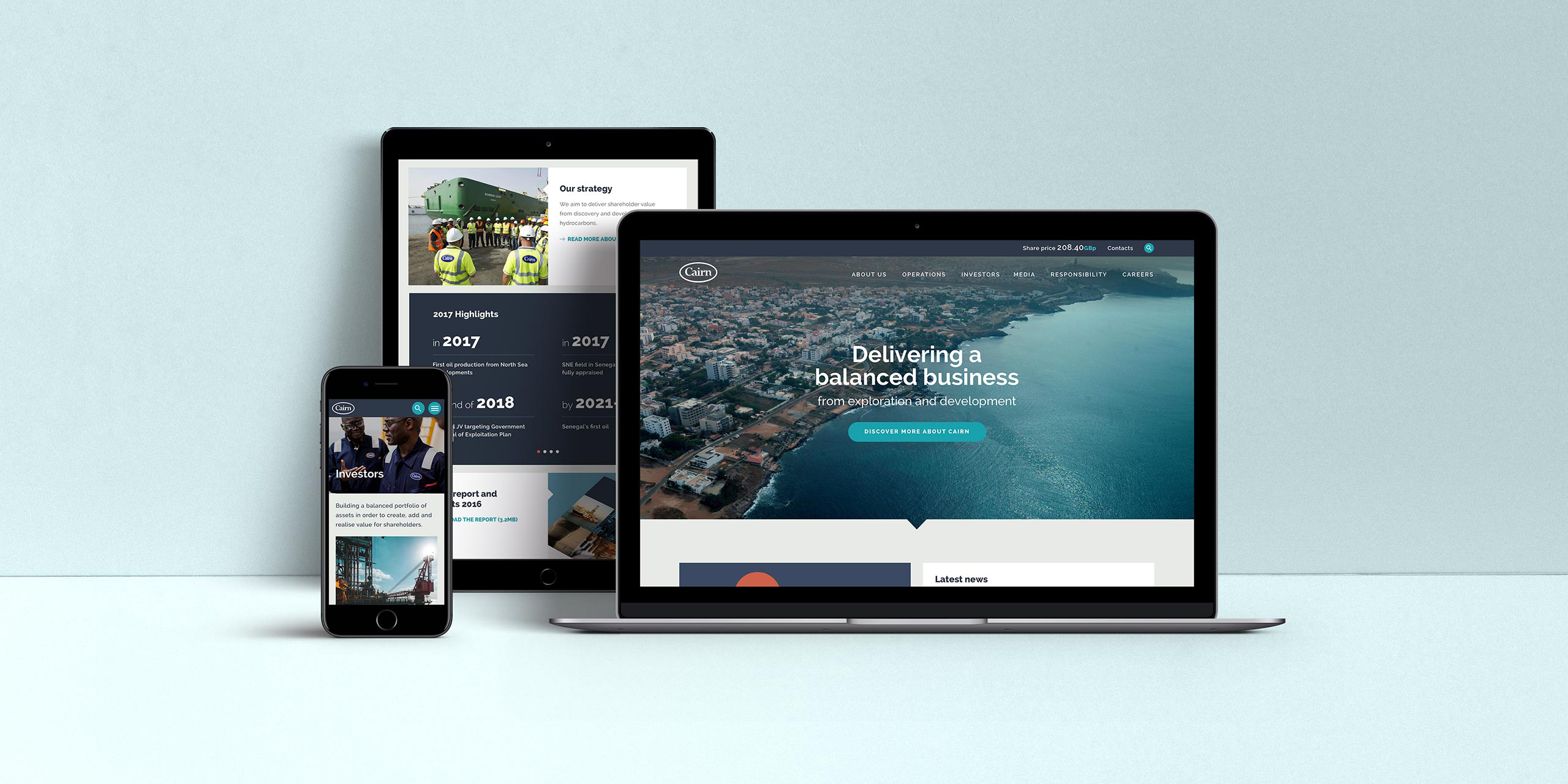 When a company has been focused on a major rebuilding of its operations, it is not surprising that certain assets get neglected. And so it was with Edinburgh-based Cairn Energy, an oil and gas operator that over the past six years has pivoted its operations away from India and the Arctic and into new territories, such as Senegal, Norway, Ireland and Mexico: its website had failed to track the journey.

‘Our old website was very focused on our India operations, [the bulk of which were sold in 2012] and did not reflect the business as it is today,’ explains Linda Bain, group corporate affairs manager at Cairn Energy. ‘It did not reflect our strategy or potential. The key message we needed to convey was that we had moved forward.’

It was also very dated, over-laden with content and out-of-step with today’s responsive and contemporary styles.

‘Cairn had a compelling investment story to tell,’ says Lloyd Nicely, client director at Emperor, the creative agency that developed the site. ‘Moving away from its historic association with South Asia, it was now creating value and enjoying exploration success from frontier and emerging basins.’ 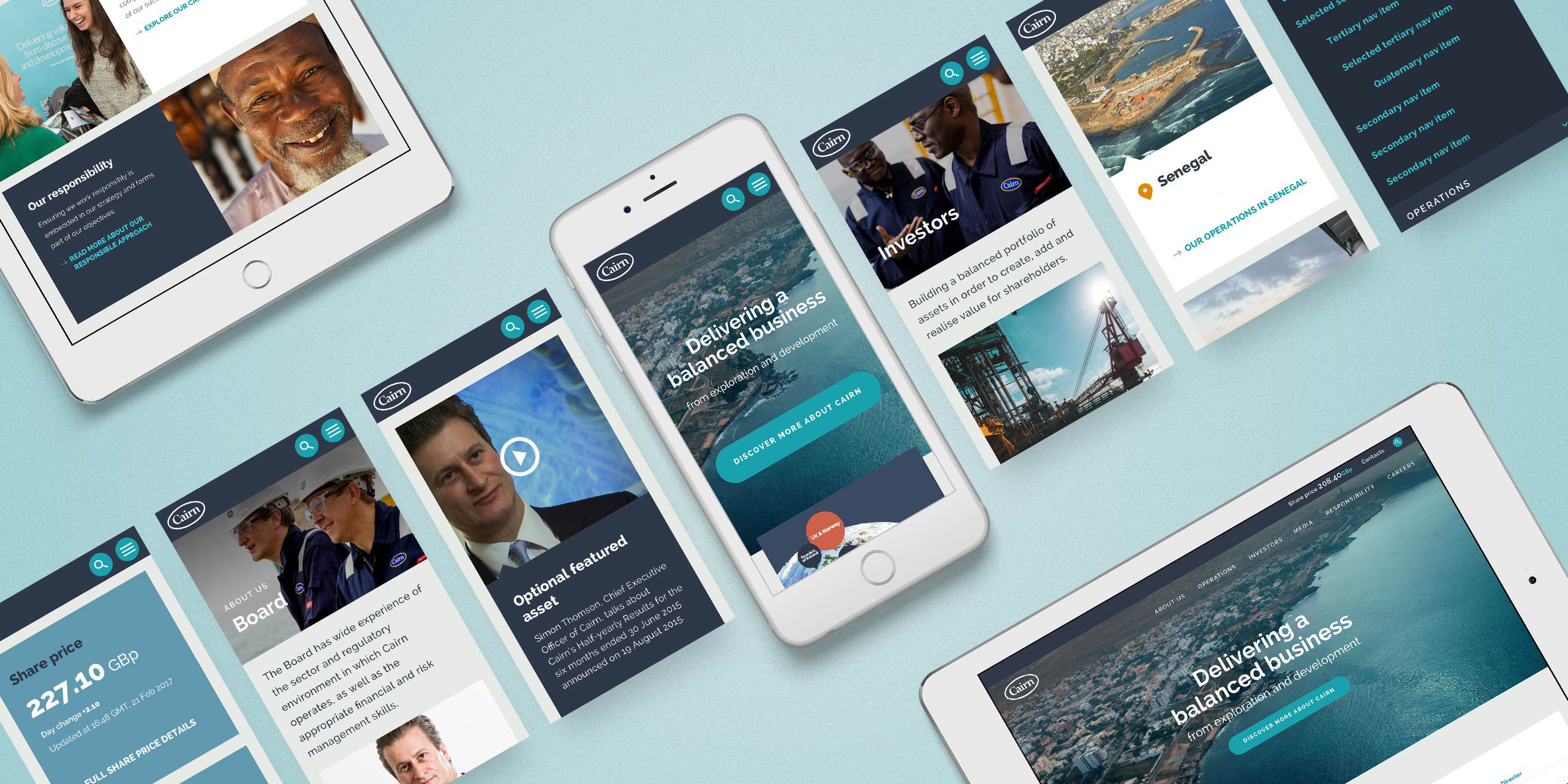 Cairn had worked with Emperor on its annual report since 2006, which had already enjoyed an overhaul to reflect the company’s new dynamism. Bain explains that it also ‘made sense’ to work with the same supplier to revamp the website. ‘Our annual report and company website are big investments. Working with separate suppliers could double the price,’ she adds. ‘It was much more efficient to work with Emperor.’

But Cairn had also been impressed with the direction that Emperor had taken its annual report and recognised that the agency understood both its business and what it was trying to achieve. ‘Plus their technical skills are excellent,’ adds Bain.

The new website had to ‘talk to investors, governments and the media’, she explains, along with employees, including potential recruits. It was also important for Cairn that the site offered multi-language options, including Portuguese, French, Dutch and Spanish, so that visitors from every country in which it operates could understand its narrative. ‘We were really looking to draw a line under everything that had gone before,’ says Bain. From a practical point of view, the new site also had to be easy to update, as the old one had been ‘so clunky’.

‘We wanted a site that was simple, high-level, clear and visual, with great  infographics and photography. We wanted pull out quotes. It had to look fresh,’ she adds.

Nicely explains that the new site had to ‘find a balance between the presentation of corporate narrative and consideration and understanding of the audiences’ needs’. But both Emperor and Cairn also had to work on formulating a ‘sustainable approach to content development, particularly postlaunch, crucially ensuring that content does not decay’.

‘We had a large volume of content and that made it difficult to see what the company was saying about its business, but Emperor helped us to understand that,’ says Bain.

They advised us on the structure and flow of our content. If it was not clear, they told us – that is their skill set. It was effectively a rewrite of most of the content to reflect the changing nature of the business.

Nicely concedes that the biggest challenges that corporate websites throw up are content development and recreation. ‘You need to take the time to be ruthless about the information to be retained, reshaped and culled,’ he says, adding that a site needs to ‘present content within relevant sections, such as investors, media and careers, which meet and pique the interests of such audiences’ and then to balance these with effective signposting and promotion.

He adds: ‘It enables various stakeholder groups to easily and swiftly find the content that they desire when they arrive at key landing pages and entry points.’

The landing page of cairnenergy.com has a panoramic image of an oil platform, with the strapline Creating value from a balanced business, which immediately conveys a sense of the company. The individual landing pages target each stakeholder group. For example, ‘where we operate’, allows visitors to explore Cairn’s operations in each country with Google maps, imagery, downloadable brochures and a short narrative of its history, current status and potential. The ‘careers’ section shows current vacancies, information about Cairn’s culture, recruitment process and career development along with advice on whether the company is right for the individual. All sections are clearly laid out with strong and vibrant imagery. 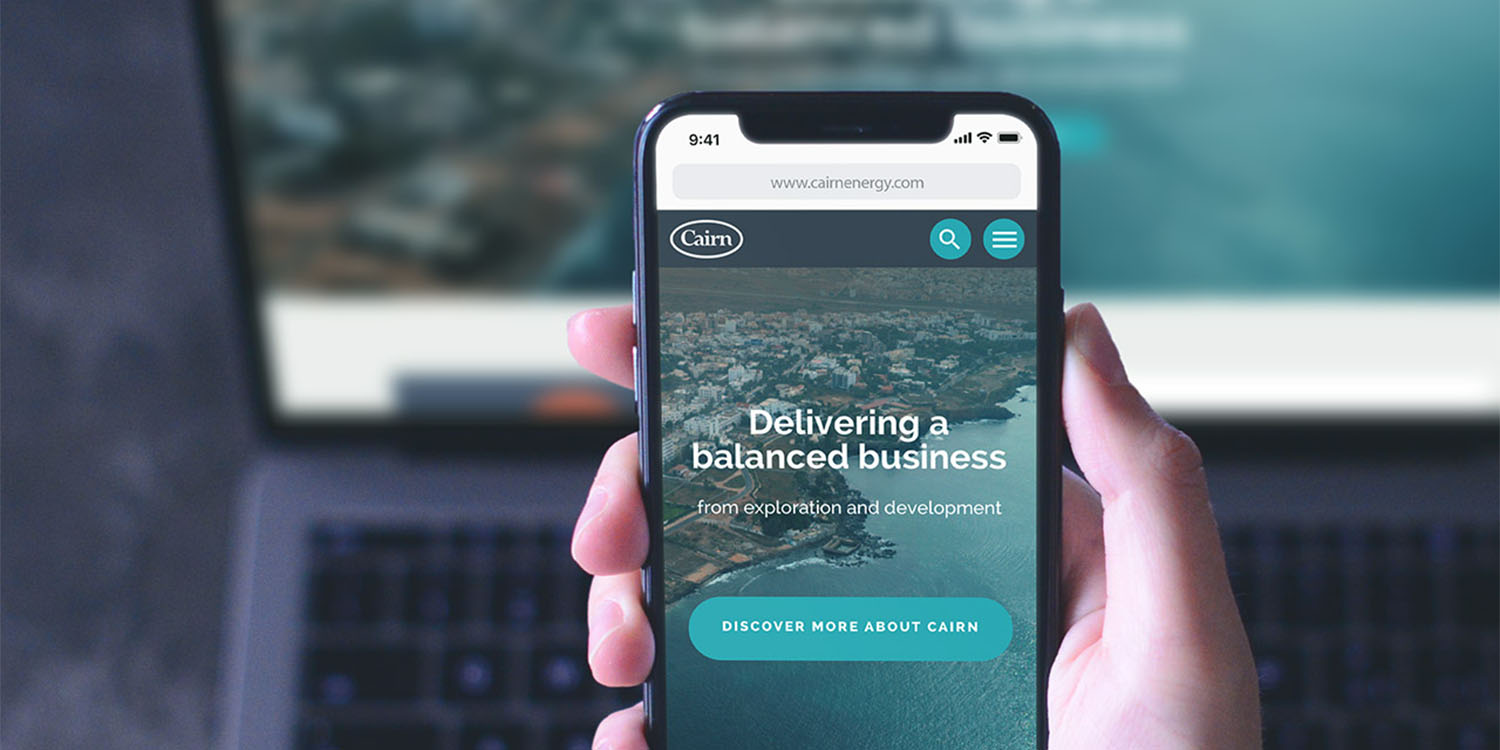 ‘Emperor had a number of ideas that were right for Cairn Energy and helped us to stand out alongside other FTSE250 companies. They created the visuals and a new photographic style for us,’ says Bain. ‘One of our objectives was also to communicate what makes Cairn different as a place to work and in terms of our culture. There is a lot of emphasis in the careers section on the fast pace of decision making and our entrepreneurial and independent approach.’

Internally, Bain admits that it ‘was a challenge to take everyone with us on the journey’. While the corporate affairs team could create much of the content, human resources had input into the careers section of the site while investor relations had to be happy with the presentation of the financial aspects. ‘Everybody was also looking at other websites and offering feedback,’ she adds. ‘But we needed everybody to be on board and happy with what we were doing.’ For its part, Emperor kept the project moving, organising weekly catch up calls and making clear which aspects of the workload were Cairn’s responsibility. ‘All told, it took less than six months from launch to completion,’ says Bain.

The site also had some new features, such as an embedded Twitter feed and YouTube channel, and a dark site, to be activated in the event of a crisis situation. ‘If we have any operational issues, this can be triggered very rapidly,’ says Bain. ‘We can populate with relevant information so that it supports any emergency response.’ The site went live in June 2017, and by the following April page views had already increased by about 30 per cent while the bounce rate had halved, meaning fewer people are coming to the site and immediately leaving. The average time spent on the site has also fallen, but Bain sees this as vindication of its signposting. ‘People are finding what they want quickly and easily, and the content is more concise.’

Nine months after the website’s launch, Bain reviewed its content in the wake of the company’s preliminary annual results. ‘There just wasn’t much to update,’ she says happily, while page views for the figures were more than 50 per cent higher than the previous year.

She adds: ‘This has been a very positive and straightforward experience, with great customer service from Emperor, and we are very happy with the results. It was an intensive content build but on a day-to-day basis the site now does what we hoped it would.’

Corporate websites: past, present and future

White paper - Reflections on the rise of digital in the corporate space. 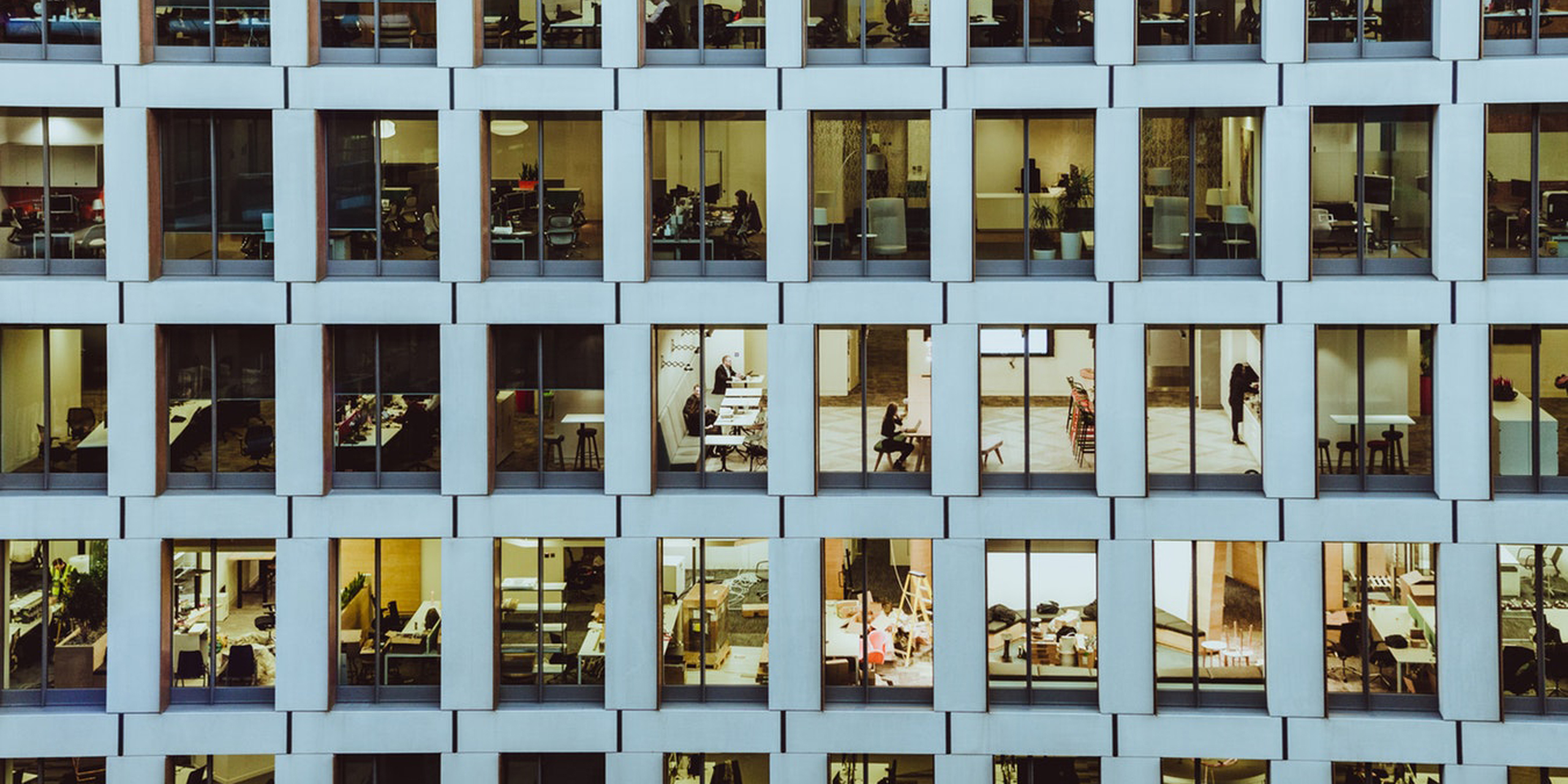 The Financial Reporting Council (FRC) has published an updated version of the UK Corporate Governance Code, promoting best practice in areas such as engagement with wider stakeholders, succession planning, diversity and corporate culture.